I go a little nuts around Valentine's Day and I have made several things, all will full tutorials, and posted them on the various places I post.

There is this one: 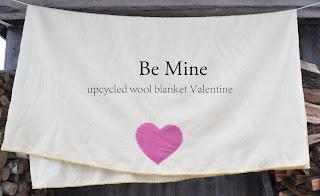 and the tutorial is here.

And there is this: 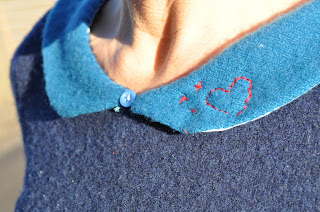 with a tutorial here.

And for the kids, there is this: 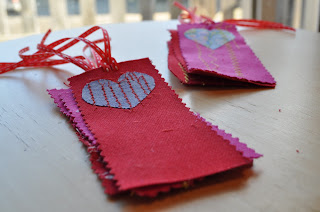 with the tutorial also here

have fun spreading your love!

Keeping the creative fire burning in your teenage girls

I recently wrote a piece about nurturing your teenager's creativity here. I think that as I've been watching my daughter grow up - and now she is 5'6", like me, which is weird - I have been pretty conscious of her ability to cultivate her creativity with very few bumps in the road. You know, being a teenager doesn't feel that long ago and I can't help but compare myself to her. It was hard - as some of you may relate to - and I think it would have been easier with a talent and drive to create things. Despite how things have turned out for me, there were some dry years where I really didn't think things I made were good enough to make me persist. When that doubt creeps in, the actual JOY of creating isn't really on the table. It is the perfect example of getting in your own way. So, it has been imperative for me to support Ava. Mostly I think it is just who she is, but we have certainly been supportive. I think it has paid in dividends. 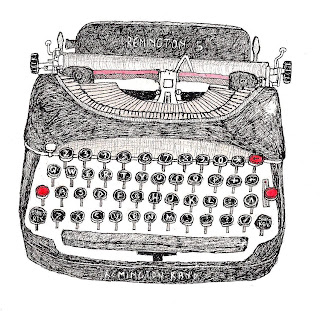 merrily we sew along #2 - the cowl neck duffle

Head on over to My Improv Diary to see what I've stitched up for the second installment in our sew along - Merrily We Sew Along. I do hope you'll join the fun and share your projects!  Here is a peek, but head over to see what tweaks I  have made to the original project in our book. 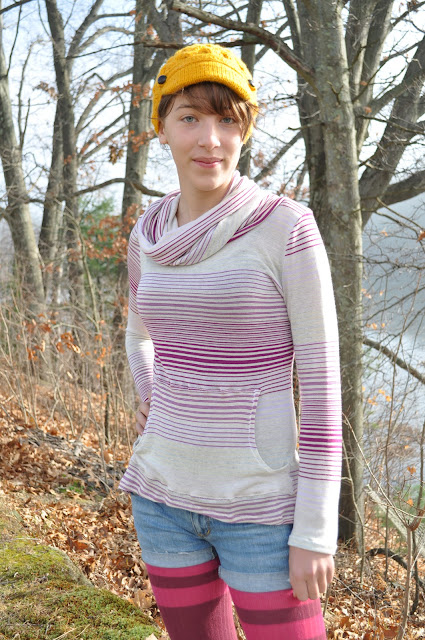 Ava in MY new shirt. She has stolen it.

Merrily We Sew Along

Head over to my other blog, Improv Diary , to join in a sew along co-hosted by Imagine Gnats and Casa Crafty.  All of the details are listed there and there will be prizes folks! Good ones! But of course, do it for the community bolstered inspiration, the tutorials, and the freedom of sewing in the improv way!

I am so pleased to be able to share something really truly special and awesome with you all today - this wonderful book called Show Me A Story (Storey 2012), by Emily Neuburger of Red Bird Crafts. If you have kids, teach kids, or even know some kids, then read on while I share what I feel as a mom, a former elementary school teacher, and someone who just like to pass around the beautiful things in the world. Emily is also a friend of mine, so I can tell you that she is the real deal and has put an enormous amount of thought and energy into the publication of this book, which takes all of the work out for us, and leaves us with 4o rich and authentic activities we can do with kids to promote their creativity and even proficiency at telling a story - orally, visually, and written.

When I was asked to review the book, of course I said yes without hesitation. It is a subject that is very near and dear to me and I have tried to bring the richness of story into my home by way of reading a ton to my kids as well as providing ample time for my daughter to write - it is pretty much her favorite thing to do.  Coincidentally, as the review copy came to my mailbox, my husband and I were beginning to see that our younger son appears to be having a much tougher time getting his thoughts and ideas out into the world (on paper, mostly).  It was weird - the timing. It was also great because Show Me A Story is so freakin' beautiful and appealing that any kid would want to pick it up and see which projects they might want to start with. So was true for Harry. I will note, however, that when I asked him to tell the story of his characters to me, he looked worried and wondered if he needed to write it down. "No" was the right answer for him and I got to hear about the race car and the big monster who fought him and the "annual reward" for defeating the monster, which was an enormous box of golden fries (who wouldn't want that over a trophy?).

He chose this as his first project:

Each time you turn the page of this book there is a new thing you want to make or do. Story stones are on top of my list! They are super cute and they are rocks!! so they are great to have in hand. 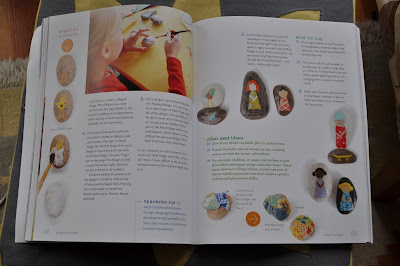 I'm sure you were totally interested in my boy's project, but I know you really want to know how you can get your hands on a copy, so I will get on with it.  I have a copy to give away to some lucky person. All you need to do is be a U.S. resident and leave a comment here by October 7  October 10 (Note: I am extending the giveaway until Wednesday, October 10)to enter. Give me the first sentence in a story you would write today while you are at it. And if you want another chance to win, head over to the Storey blog.  They'll tell you what to do.
This giveaway is now closed :). Congratualtions Nancy!
xo
Posted by Unknown at 7:00 AM 16 comments:

Why everyone should go to a Maker Fair

This past weekend, Debra and I went to set up a little 10' x 10' sewing studio at the World Maker Faire 2012 in Queens. We were there to promote our book and get curious people interested in sewing on our machines.  What can I say? It was awesome! I had people talking to me about sewing conductive thread through garments and using an arduino to respond to some change in the wearer's body temp or heart rate to make something on the garment change.  Picture actual hackles going up on the shoulders of your shirt because you got nervous! Another visitor wanted to know which kind of sewing machine he should buy for hacking.  What do you think he is going to make that machine do? There were some seriously creative thinkers about and a million things to see and make while there (though I heard that second hand as we were so busy with visitors that we didn't have time to leave the booth at all). 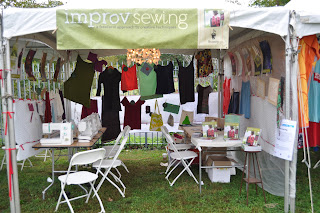 Before the gates opened we really didn't know what to expect.  The rain just stopped and we heard the subways were down. 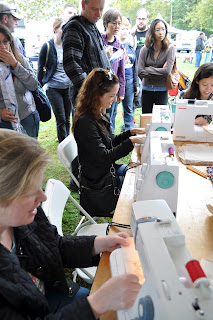 It was like this all day and people were so interesting and great. 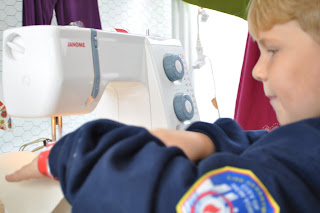 We taught men, women, boys, and girls how to draw with thread. They made some pretty cool stuff! 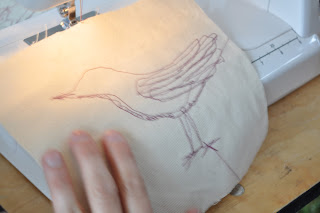 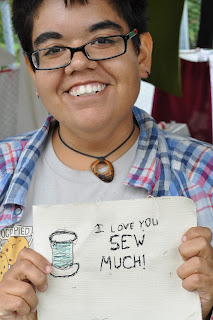 The first day ended at 7pm, so the chandelier that Debra made came in real handy. 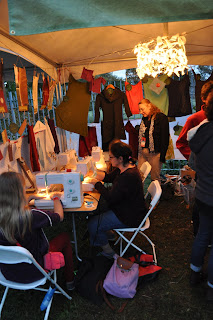 And, and, and... we won two awards!!! We were awarded the Educator's Choice award and the Editor's Pick Blue Ribbon.  We were so proud it was almost unbearable.

So, my real point, before I started bragging, was this: If you ever feel disillusioned with the world and pop culture is getting you down, head over to a Maker Faire and see what people are doing and sharing! It's a beehive and very inspiring!
Posted by a golden apple at 6:58 PM 3 comments:

Kid's after-school sewing in my studio

I will be running 2 classes :

The classes will focus on basic machine sewing skills - learn to use that machine without help! - and we will make clothes, gifts, cool things for your room, and more. If you have a sewing machine that works well, I will want you to bring it.  I have 3 machines and it is nice for everyone to have their own.  If you are interested in buying a machine, I have opinions and advice, so just ask.

I want to have 6 kids in each class, and a minimum of 4 to run the class.  Spread the word  (forward this email!) around to others who might be interested and let me know if you have any questions.

My facebook page is a great place to look for upcoming sewing classes, workshops, and demos :www.facebook.com/improvsewing
blog: www.improvdiary.com
Posted by a golden apple at 11:58 AM 1 comment:

Check out our new book!

I'd love to hear from you!

I am always interested in hearing what folks think and want to share, so please don't be shy about leaving comments. Reading comments is really one of the most fun things about blogging. Hope to hear from you!
You can also email me at blumcarr1@aol.com

Some sites who have featured my work

I was a featured here...go look!